It is going to take a while to get used to having moved our watches forward 1 hour, now we are in France. When we got up this morning at 6:30am it was 'actually' 5:30am. Fortunately we went to bed early last night and had a good sleep. There weren't any blankets but we used our sleeping bags and were nice and warm. When I got up I made us a cup of tea and sat down with guide book and wrote out today's route in a small note book. It is awkward having to stop and take out the iPad every time there is something to check on the trail. 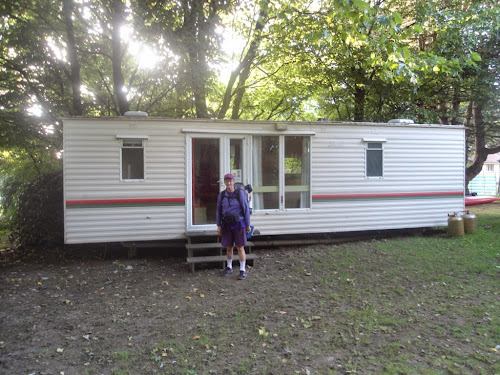 Moira bought a baguette yesterday and we had it with jam for our breakfast with another cup of tea. We were packed up and on our way by 8:30am. There was a queue of caravans parked along the driveway into he site, most had GB plates and had either come off the ferry late last night or were spending a day here before heading back to the UK. We spoke to a few and told them about the Via Francigena, more amazed faces. I handed out cards and later when we checked the email we got £10 from an anonymous donor, maybe one of them. 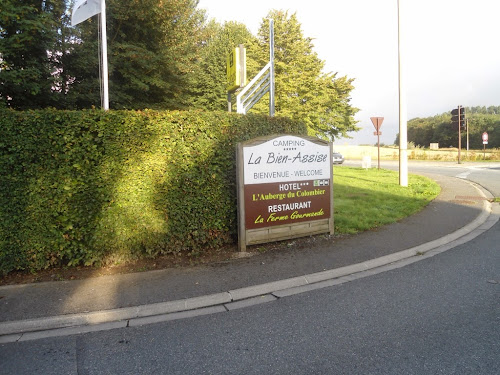 From the site we made our way along the road we took from the town last night but continued to a turning further on. This minor tarred road was signposted to the Colonne Blanchard, a monument erected in honour of Jean-Pierre Blanchard and Dr Jeffries from USA. They landed here after the first crossing of the English Channel aboard a gas balloon in 1785. It took them 1hour 45 minutes from Dover, a lot faster than us.

It was a steady, gradual climb on the tarred lane which crossed a railway line with high speed trains, to a picnic area. From there we were on sandy sometimes muddy tracks through the forests. It was now a waymarked trail, the GR145 also signposted for the Via Francigena. The signs corresponded largely with the route in our guide book but where there was a deviation I religiously stuck to the notes I had copied down earlier this morning. 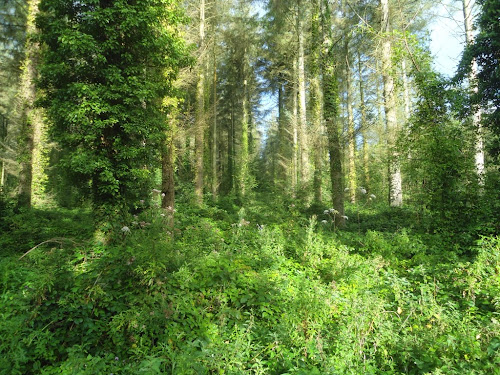 When we emerged from the woodland it was one of the occasions where Cicerone advised an alternative to the GR one, and it was shorter. It went along the D248 to the hamlet of Le Ventu d'Alembon. There we found a convenient bus shelter with a seat where I got out the Camping Gaz cooker and made a cup of coffee. We had been making good time and it was only about 4km from there to the finish in Licques. This last section was a delightful ridge walk with magnificent views of the flat countryside below which stretched for miles.

The track soon descended and we were on a minor road that took us into the village of Licques. Our destination was the campsite, Camping les Pommiers de 3 Pays which reportedly had a small caravan for the use of pilgrims. It was on the other side on the road out of town, about another couple of kilometres. It was a small caravan, but big enough for us; it cost €30 for the night. Today's route from Guines was 15km long, it was easy and my back was feeling much better. Before leaving I took two anti-inflammatory pills, just in case.

We had a lovely chicken curry for dinner that Moira cooked, with pasta rather than rice. She bought a huge courgette to add to the curry, it ended up more courgette than chicken but very nice and filling. I asked the guy I charge of the site to contact an abbey to arrange accommodation for us at Wisques, tomorrow's destination but he couldn't get through on the phone. We will just head there and hope for the best.

Posted with Blogsy
Posted by Unknown at 23:12